The Flash – Which is Which?

My greatest party trick, by far, is my ability to tell the different generations of Flashes apart by simply looking at their costumes. And while it may risk my own popularity among Flash fans, I’ve decided to share the trick to doing this. I usually keep to the most famous four DC heroes who have each called themselves “the fastest man alive”, as even my nerdiest of friends have only a passing interest in the fringe Flash characters. Therefore, I’ll tell you how to tell apart Jay Garrick, Barry Allen, Wally West, and Bart Allen. 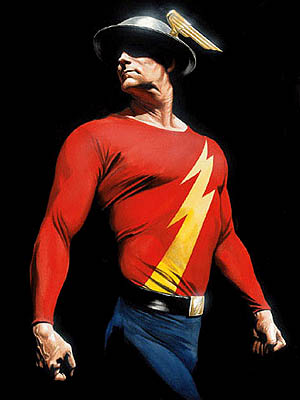 Jay Garrick is most likely the easiest flash to tell apart from the others. Jay Garrick is the Golden Age Flash, and while the other three dress in red, form fitting, body suits, Jay wears a combination of all three primary colours. The first Flash wears a red long sleeved t-shirt, with a yellow lightning bolt coming up from the waist and extending to his left shoulder. He also wears blue pants and red boots, reminiscent of the God Mercury’s, complete with wings. Finally, the trade mark of Garrick is his silver, dome shaped, brimmed hat, outfitted with its own set of wings. Truthfully, if someone asks you to tell Jay apart from the Flash fleet, the only struggle should be remembering his name. 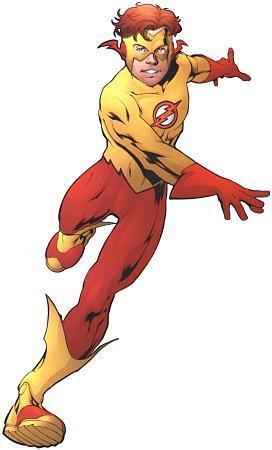 The most unlikely Flash you will be asked to identify is Bart Allen. Bart is the grandson of Barry Allen and the cousin-once-removed of Wally West. Though Bart did have his own stint as the scarlet speedster, he is widely recognized as the least favourite Flash. Even I, who considers Bart my favourite DC character, must admit that Bart fell short as the Flash. Most Flash fans agree that Bart added much more to the Flash family as Impulse or at least Kid Flash. That being said, he can be tricky to identify, as he wears exactly the same costume as his Grandpa Barry. (Seriously, its stated several times that he is just wearing Barry’s costume, not even a replica. Talk about lazy.) Luckily, Barry’s costume has openings in the mask for the eyes, meaning that you are able to see the colour of the Allen’s eyes. Bart’s eyes are golden yellow, while Barry’s are blue. That is the only legitimate way to tell the two apart. 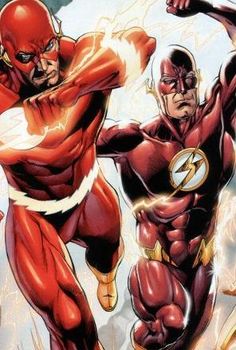 And that brings us to the comparison that will throw many a flash fan for a loop: Wally West and Barry Allen. These two are by far the most popular Flashes in modern times, especially with Barry being the title character in the new CW show “The Flash” and Wally being the Flash in the animated Justice League movies and shows. The reason telling these two apart is so difficult falls heavily on the shoulders of the artists. Many artists put their own spin on the heros’ costume, making it even harder to tell Barry’s from Wally’s, but here’s some general differences: 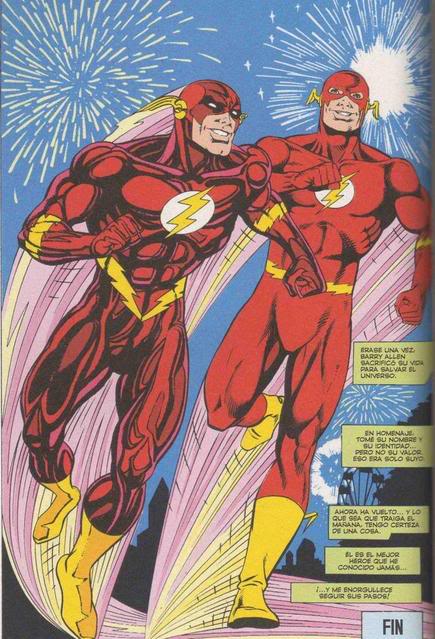 Wally & Barry Side by Side

All of these, however, have been changed in one issue or another, making the line of distinction murky. The only constant is, again, the eyes. Barry’s eyes are always visible through eye holes in his costume, while Wally’s are usually covered in a white material. That being said, if Wally’s eyes happen to be visible in some drawing of him, his eyes are green, while Barry’s, as stated above, are blue.
And there you have it. My greatest secret. Use this information wisely.