TOP 10 MARVEL UNIVERSE VILLAINS (According to me)

There wouldn’t be a real need for superheroes if there weren’t any super villains to thwart.  In this post I am going to outline my personal favourite Marvel villains, provide a pic, a quick blurb and explain why I like. These are my favourite Top Ten Marvel Universe Villains, what are yours? 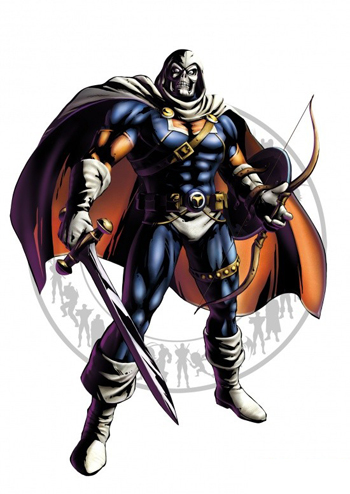 Interesting Fact: was born a prodigious savant of mnemonic talents (boy that’s a mouthful) – which basically means he has photographic reflexes.  Played with the idea of becoming a crime fighter, but decided that a life of crime would pay more.

Why I Like:  This dude can learn the skills and moves of any adversary plus he has a skull faced mask which is really cool. He has given Captain America, Spider-Man and many other heroes a real run for their money. 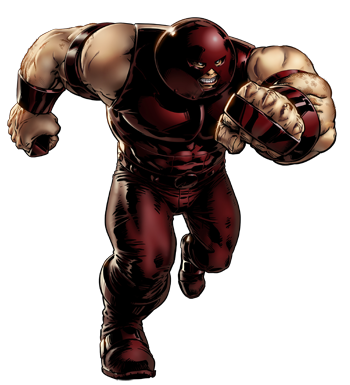 Interesting Fact: His powers come from the gem of the mystical entity Cyttorak.  The helmet worn by the Juggernaut keeps him safe from mental attacks – once removed, however, Marko’s mind is helpless against beings with telepathic powers, like his step-brother, Professor X.

Why I Like: Charles’ Xavier’s step-brother turned bad. The family drama coupled with a bad-ass costume is why this bruiser made my Top Ten Marvel Universe Villains. 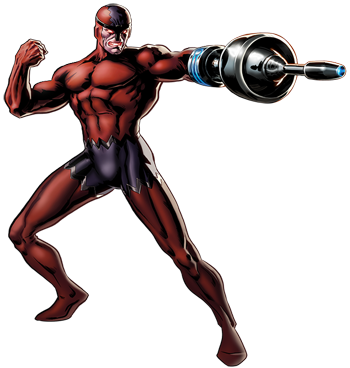 Interesting Fact: Using one of Klaw’s weapons against him, a young T’Chala (Black Panther) fired the weapon at the villain, shattering his right hand.  Klaw installed a “sonic gun” where his hand once was, calling this deadly wepaon his force glove.

Why I Like: One of the first comics I inherited from my big brother was Fantastic Four #187. Using his force glove, the Klaw has the Thing by the neck while keeping the rest of the FF at bay.  Awesome. 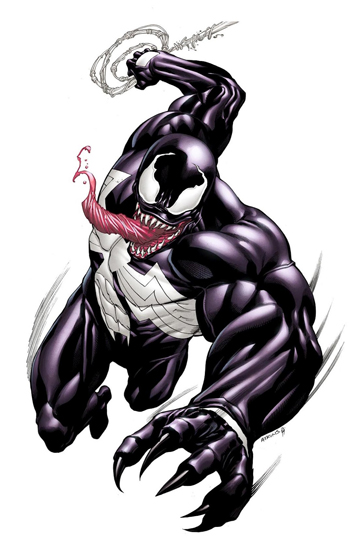 Interesting Fact: The symbiote known as Venom joined Peter Parker on the Beyonder’s planet where the original Secret Wars took place.  After a fierce battle, Parker’s iconic red and blue costume is destroyed.  Reed Richards shows Parker a machine that reproduces a new outfit instantly.  Inspired by Spider-Woman’s new costume, Parker creates a similar black and white one.  A few years later, we discover that the suit is alive and is slowly killing the crime fighter, when it is finally removed from Parker, it joins with an angry Eddie Brock and together they become Venom.  Mac Gargan (the Scorpion) eventually merges with the symbiote and becomes Venom.

Why I Like:  Just a bad-ass, messed-up character with wicked powers and once again – an uber-cool get up. 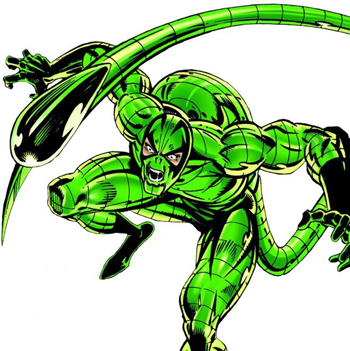 Interesting Fact:  The tail on his Scorpion costume could be used as a weapon. It has had axe-like additions on it, and originally it could simply be used to crush solid objects.  Gargan would eventually merge with the Venom Symbiote.

Why I Like: I have always been fond of the Scorpion’s back story with J.J. Jameson and how his plot to destroy Spider-Man back fires. Even at a young age I recognized how ironic it was that Spider-Man ends up saving the man who is hunting him. And oh yea….I love the threads. 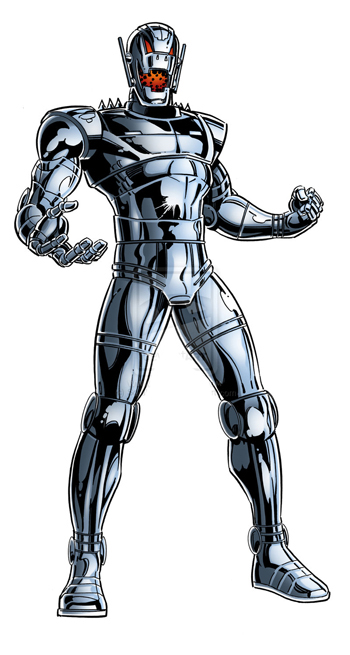 Why I Like:  I started seriously collecting comic books in the mid-80’s and I began buying back issues of the Avengers. I was particularly fond of the first George Perez run.  Ultron showed up a lot and caused all sorts of trouble. He is/was ultra powerful and seemed to always be one step ahead of the team.  The whole Frankenstein’s monster angle appealed to me as well. 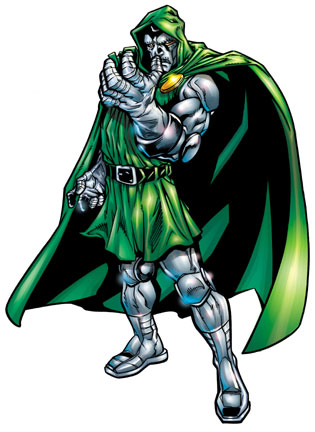 Interesting Fact: Doom’s suit is a nuclear-powered titanium battlesuit.  It provides him with superhuman strength,  jets for flight, houses a personal force field, and discharges concussive force blasts; he can also electrify his armor’s surface.  The suit also allows him to breath in outer space and under water.  Pretty nifty.

Why I Like:  These guys were the big shots when I was a kid. When they showed up, you knew that some serious $^%# was gonna go down. Whether they popped up in a comic book story arc or on Spider-Man & His Amazing Friends, our favourite heroes were in for it. 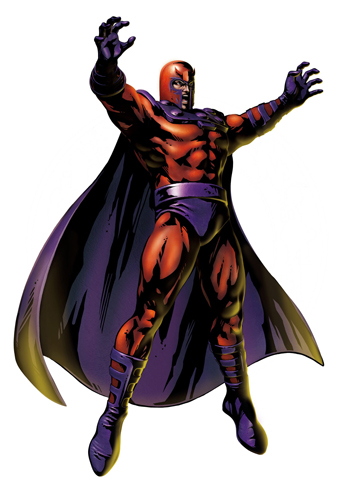 Interesting Fact: Father to the twin mutants, the Scarlet Witch and Quicksliver. Magneto has mastered many technological fields, and is an expert on genetic manipulation and engineering, with knowledge far beyond that of contemporary science.  He has toyed with being a good guy and has even led the X-Men on more than one occasion. 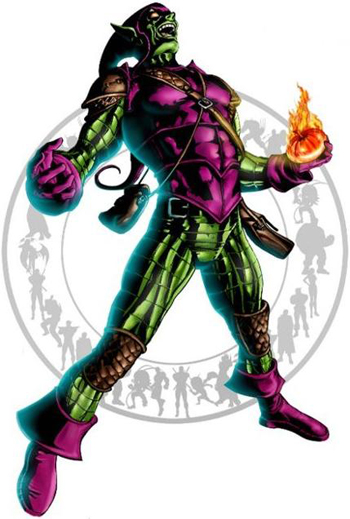 Why I Like:  Yes, another Spider-Man villain. I told you Spidey was my favourite. The Goblin is awesome: his glider, his pumpkin bombs, and his costume made me a fan straight away. Let’s face it, he was Spidey’s arch enemy all the way to issue 122. The fact that he was Harry’s dad and that he killed Pete’s then-girlfriend Gwen Stacy, brought the conflict very close to home, and if you recall my Juggernaut comment above, you know I am a fan of such “close to home” drama.   Also, the whole blown secret identity thing kept every spider-fan on the edge of their seat for years!

When I learned that the Green Goblin was going to be the villain in the first Sam Rami film, I was ecstatic. I was also very pleased when I saw some early Goblin costume designs and doubly pleased when Willem Defoe signed up to play the part. Defoe did a stand-up job, but unfortunately, what materialized on screen was a green reject from the Power Rangers.  As for the Goblin’s return in the current Spidey film franchise, I only have one word: meh.

Following his death in issue 122 of Amazing Spider-Man, the Green Goblin has since been resurrected to cause Peter Parker much grief, but it was his early appearances that hooked me. I am old fashioned that way!

I realize four of the villains on my list originated in The Amazing Spider-Man, but it’s my list so back off!  I have always been partial to Web-Head, and so my list is a little biased. Do you agree with any of my choices?  Which villains are your favourites?  Keep watch as more top-ten lists are to follow.